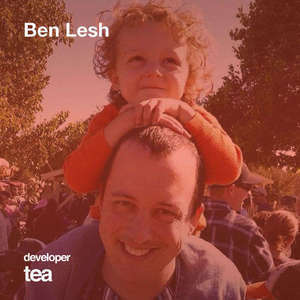 Ben Lesh is a senior UI engineer at Netflix, where he works on projects that use reactive programming in JavaScript to manage massive amounts of data. Ben talks with me about a variety of topics, focusing on reactive programming and data stream processing. Ben also gives his advice to you, whether you are a young developer or well into your career. Make sure you Tweet at Ben at https://twitter.com/benlesh and thank him for coming on the show!

Today's episode is sponsored by DigitalOcean. Go to https://digitalocean.com to get started, and use the promo code "DeveloperTea" on the billing page after you create your account to get a $10 credit!